Andrea Bocelli comes to Madison Square Garden on Wednesday, 14th December 2022 as part of the Italian tenor’s U.S tour. The “Andrea Bocelli in concert” trek includes eleven shows in notable destinations across the country, including Las Vegas, Miami, Boston, Columbus and more. He will receive support from the highly renowned Columbus Symphony Orchestra. The tour includes several debut performances for Bocelli in Bridgeport, Savannah and Indianapolis alongside this special performance at the iconic Madison Square Garden. If you’re a fan of the legendary Italian musician and multi-instrumentalist, make sure you get your tickets ASAP. He is one of the greatest performers of the current era and has a massive fan base which is why ticket demand is rising, and they could be sold out very soon! 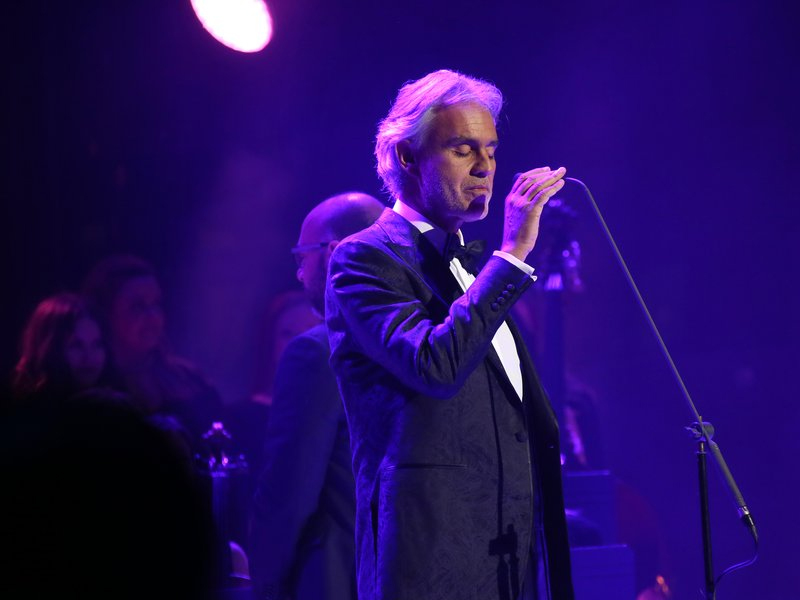 Andrea Bocelli’s upcoming performances will feature plenty of music from his album, Believe. Believe is his seventeenth studio album, which came out in November 2020. The album was a massive commercial success and became an instant favorite of classical music lovers. The album is a collection of his biggest hits and celebrates the true musical genius of Andrea Bocelli.
Andrea Bocelli is recognized internationally as one of the most recognizable voices in the world of music. He has put up stupendous performances for the past 20 years and continues to announce more for his beloved fans. The artist has sold more than 90 million records globally and has sold out arena-sized concerts worldwide. He has also earned record-breaking live streams and has performed at major global events such as the Olympics, World Cup and the Global Citizen. He has seven classical Brit Awards, one Golden Globe and seven world music awards. He was honoured with a star on the Hollywood Walk of Fame for his contributions to the global music industry. Classical music does not get any bigger than the Italian legend and if you want to be a part of this special event at Madison Square Garden, buy your tickets right now!