Ben Platt comes to Madison Square Garden on Tuesday 27th September 2022, as part of his most extensive North American 2022 tour. The artist will be headlining shows at some of the most iconic venues in the U.S, including the Hollywood Bowl, L.A. This will be Platt’s first-ever headlining appearance at the famous Madison Square Garden. The tour began on 23rd February and will run until 7th October. Fans have been waiting for a long time, and until now, most of the shows have been sold-out performances. If you’re looking to catch Ben Platt at the iconic MSG on the 27th of September, make sure you get your tickets before they are all gone! 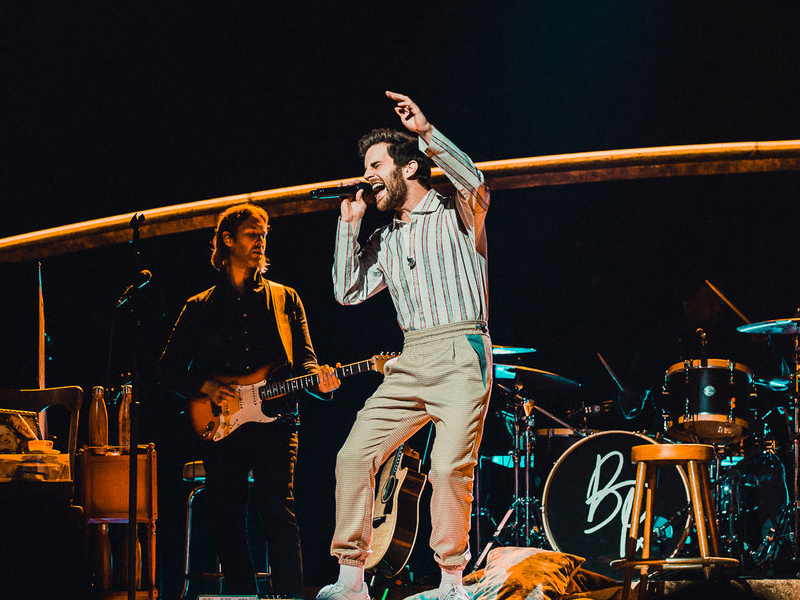 Ben Platt introduced himself to the entertainment industry early on in his life. He appeared in the Sound of Music as a child, which was a hit musical theatre from 2006. He is most recognized for his performance in Dear Evan Hansen (2015-2017) and led the artist towards winning multiple accolades, including a Grammy, Tony and Emmy Award.
Platt’s musical journey began in 2019 when he released his debut studio album, Sing to Me Instead. The album was a massive hit, and in 2020, he released his concert film, Ben Platt Live, from Radio City Music Hall. It was widely streamed on Netflix, and a year later, he released Reverie, his second studio album. Fans would be looking forward to hearing plenty of tracks from Reverie and some other Ben Platt hits.
Platt is recognized as a natural musician with an incredible on-stage personality. He loves interacting with the audience and puts every ounce of his energy into the performance. Fans are often singing along to his beautiful songs, and he is one of the most sought-after performers in the Broadway/Pop industry. Catch Ben Platt live as he celebrates his latest album on an extensive North American tour with a performance at Madison Square Garden on the 27th of September. Hurry up, buy your tickets right now before they are all sold out!