Multi-award-winning alternative hip hop icon Chance The Rapper comes to Madison Square Garden on Tuesday 8th October 2019 as part of The Big Day Out Tour! The Chicago-native is promoting his recently released, star-studded full-length debut album, which features collaborations with the likes of Nicki Minaj, Gucci Mane, John Legend, Randy Newman and more, and will be bringing a few special guests with him for his Madison Square Garden show! Book now to avoid disappointment! 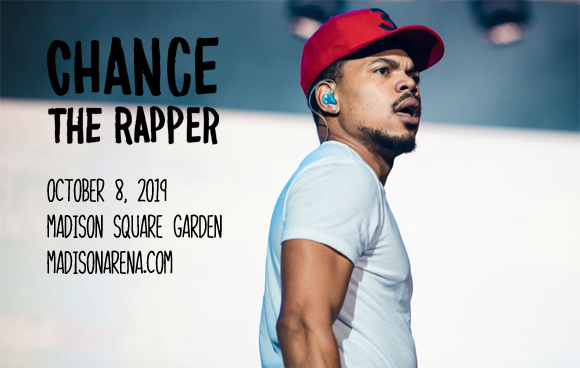 Three-time Grammy Award-winning hip hop artist, singer, songwriter, actor and activist Chance the Rapper began his career in 2010 with the release of his debut mixtape, 10 Days, which was recorded during a ten day suspension from high school. He found further recognition when he featured on the Childish Gambino track “They Don't Like Me” from his mixtape Royalty (2012). Chance the Rapper released his critically acclaimed second mixtape, Acid Rap, in 2013, followed by his third mixtape, Coloring Book (2016), which peaked at number eight on the Billboard 200 and became the first streaming-only album ever to win a Grammy. His debut full-length studio album, The Big Day, was released in 2019.