Kevin Hart and Chris Rock are getting together for an epic mini-tour, two of the most iconic names in the American comedy industry. They will be coming to the famous Madison Square Garden on Saturday 23rd July 2022 for one of the performances. The short tour kicks off on 21st July from Jones Beach Theatre. It is a five-date tour with shows in New Jersey and New York. It is being called the “ Rock Hart: Only Headliners Allowed, with its last date on 25th July in Brooklyn, New York. Both the comedians will embark on their separate headlining tours later this year, and this would be a great warm-up stint for them. It will be a special week for all comedy fans and if you want to witness them live, get your tickets right now before they are gone! 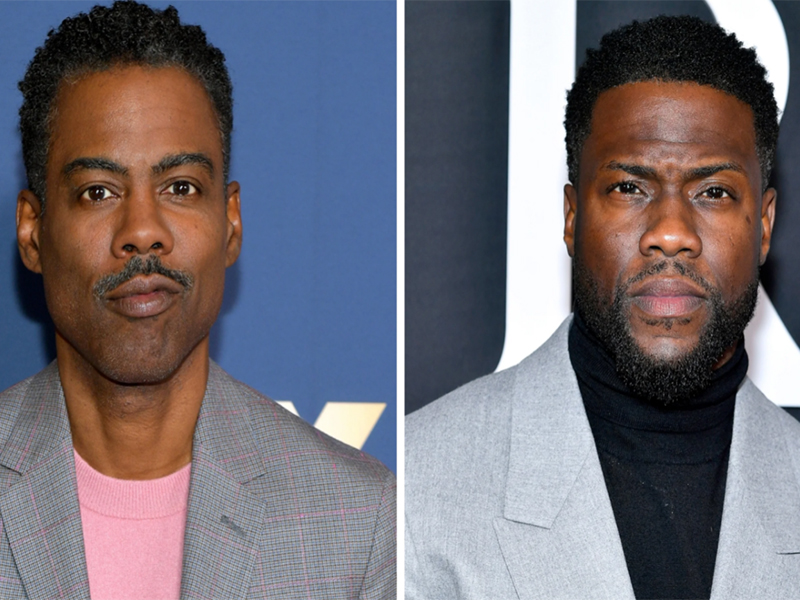 Stand-up comedy does not get better and bigger than this, a co-headlining weeklong tour of Chris Rock and Kevin Hart. Hart recently expressed about the tour, stating that since both of them had announced their own tours, they had to do something together. The two artists have ben long-time friends for 20 years now, and the two realized that they had not headlined a tour or show together. With the return of live comedy events, this comes off as one of the most major comedy moments for the year 2022.
Chris Rock recently announced his “Edge of the World tour”. This will be his first since 2017-2018’s Total Blackout stand-up tour, and his fans cannot wait in excitement. The veteran comedian took to Instagram with the tour’s announcement, stating that it will be very personal, introspective and funny.
Kevin Hart is one of the most celebrated comedians in the industry, with several Netflix specials and significant Hollywood appearances in mainstream films. He presents one of the most natural comedy acts, complimenting his skill with immaculate body language and a confident stage presence. Catch these two legends live by getting your tickets ASAP before they are all gone because the demand is massive!