Eric Clapton comes to Madison Square Garden on Sunday, 18th September 2022. Clapton is back with his short tour in United States with seven unmatchable performances in September. He will be visiting some of the major art performing arenas in cities including Columbus, Detroit, and Boston and two shows in Chicago and New York each. It will be Clapton’s first ever tour to Chicago in 10 years and his fans are pretty excited! Clapton and his band is ready to put up stellar performances for his fans, who are highly anticipating this US tour. Special guest Jimmie Vaughan will also be joining Clapton on selected dates. If you want to catch the rock performer live, you will need to hurry up and book your tickets ASAP before they are sold out! 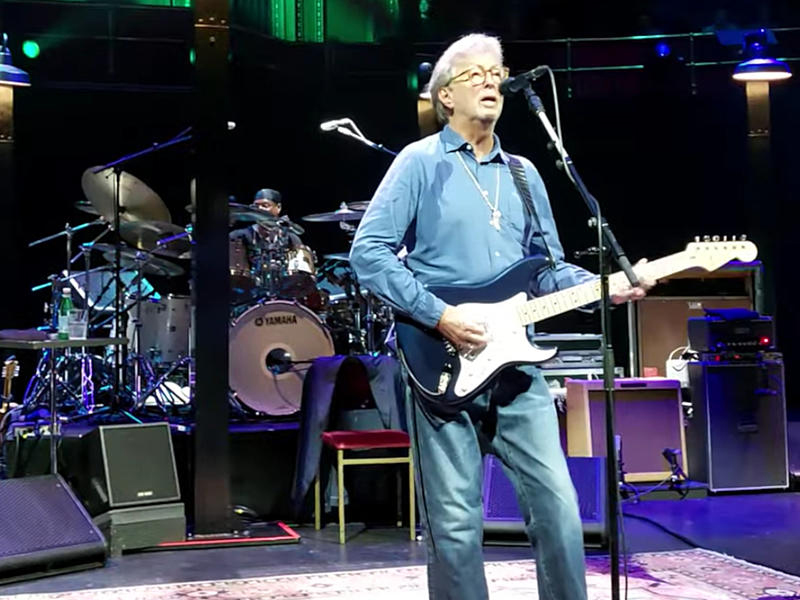 Eric Clapton is an English-born performer who is considered one of the highly decorated artist in the industry. He is a guitarist, singer and songwriter who loves to make music in rock and blues. Clapton is known for his influence on music especially guitaring in rock and blues. Initially, he worked with several bands and numerous renowned artists, including the Yardbirds, power trio Cream, Blind Faith and John Mayall & the Bluesbreakers. Later onwards, around the 1970s, Clapton went for his solo career.

Eric Clapton has bagged many awards and accolades throughout his career. Some of his major achievements are 18 Grammy Awards, Brit Award, CBE, 4 Ivor Novello Awards and Lifetime Achievement Award. Clapton is the only artist to be inducted Rock and Roll Hall of Fame three times. He has sold 280 million records worldwide, becoming one of the best-selling musicians of all time. Clapton has also been ranked 2nd in Rolling Stone for 100 Greatest Guitarists of All Time and 4th in 100 Greatest Guitarists of All Time by Gibson. This is going to be another special performance from the legend and if you don’t want to miss out, make sure you grab your tickets ASAP!