Global superstar and former One Direction member Harry Styles is coming to Madison Square Garden on Sunday 28th August 2022, as part of his “Love On Tour”. The upcoming tour supports his latest album, Harry’s House. The artist’s last 2021 arena tour was a massive hit that featured special One Night Shows in London and New York. This tour includes 32 nights at some of North America’s most famous destinations. The tour kicks off on 15th August from Toronto and will continue with his New York residency, where he performs at the Madison Square Garden for ten nights. It also includes shows in Chicago and L.A. Catch him live on 28th August at MSG by getting your tickets right now before they are sold out! 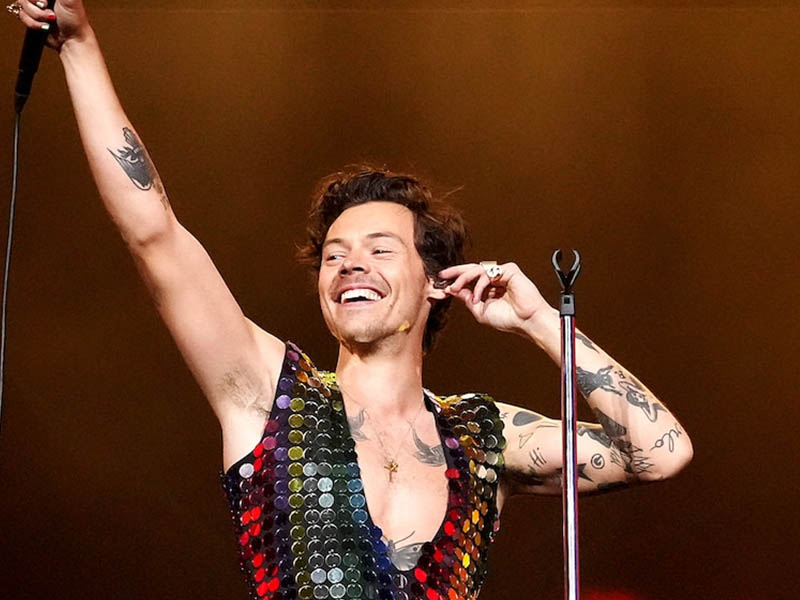 Harry Styles is one of the most prominent artists in the music industry right now and has produced countless hits throughout his career. The artist recently recorded his number one single “As it was”, which gives a bit of a teaser into his new album. Harry’s debut self-titled album became one of the best-selling albums of the year and had the biggest first-week sales by a male artist in history. He continued on a similar path with his second album, Fine Line, which topped Billboard 200, making it his second consecutive US Number one album.
The artist has received prestigious awards, including two BRIT awards, a Grammy and an Ivor Novello Award. He is also the first man who appeared solo on Vogue Magazine. Harry is a renowned live performer, and his voice is just beautiful. Every time he steps onto a stage, he is expected to perform his biggest hits such as Adore You, Sign of the Times, Sugar, Kiwi, and more. The artist headlined the Coachella festival, playing to a massive 100,000 crowd in April. His upcoming tour will definitely have sold-out shows throughout, and if you’re late, you might not get tickets. Buy yours right now and catch the superstar live in concert at the iconic Madison Square Garden on 28th August 2022.