The iconic Madison Square Garden is set to host superstar Karol G on Tuesday 13th September, as she is ready for one of the most extensive tours of the year. The artist will perform as part of her 2022 $trip Love Tour which includes performances at some of the most notable destinations in the country. They include Miami, L.A, Houston, Toronto, New York and more. The artist gave a stellar Coachella performance and will be taking the same momentum into her upcoming concerts. Fans loved every bit of her performance at the Coachella, and she is definitely one of the most sought-after live music acts currently. If you’re into the Urbano/Reggaeton music genre, you cannot miss out on this. Get your tickets ASAP before they are gone! 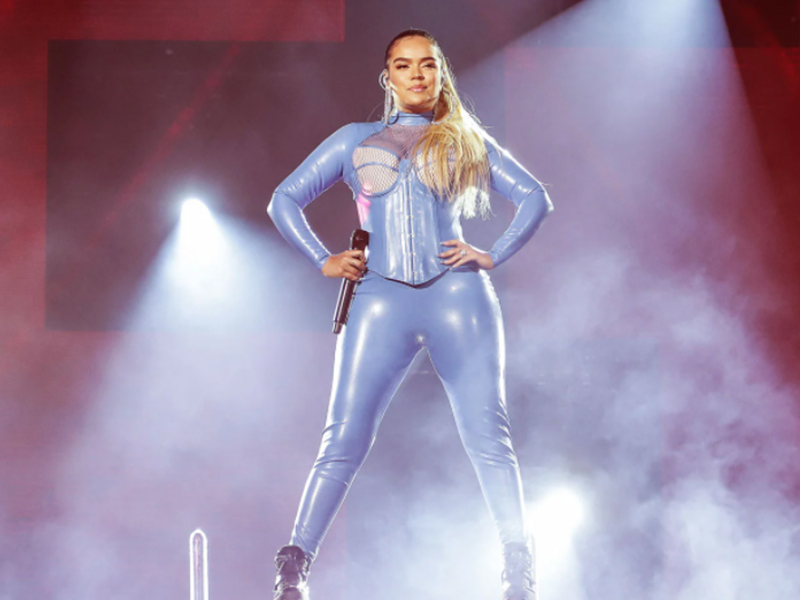 Karol G is ready for her North American tour who is one of the most famous exponents of the Reggaeton genre, and her fans could not be more excited. The Colombian singer started with Latin Rap and Reggaeton and also included sertaneja and Reggae in her music. She is a multi-award winner who won the 2018 Latin Grammy for Best New Artist. She has also won several AMAs, including an award for the highly famed album, KG5016. Her single, “Miamiii,” made it to the number one spot on Hot Latin Songs Chart and remained there for several weeks. The song was in collaboration with fellow artist Becky G. Her latest single, “Provenza,” has shown similar promise and is one of the hottest songs in the genre right now.
Karol G went big with her 2021 Bichota tour, selling out most of the venues and grossing more than $10.8m in revenues. She sold more than 100,000 tickets, and fans are ready to show the same love for her upcoming concerts. Madison Square Garden is one of the most iconic venues in the country, and Karol G would certainly be excited to put up an enthralling performance for her fans. Be a part of this special occasion by getting your tickets right now before they are sold out!