MASSIVE news, Mumford and Sons fans! The legendary modern folk group are hitting the road this year with an enormous 60-date world tour supporting their brand new album “Delta”! The Madison Square Garden is proud to announce their second New York show on Tuesday 11th December 2018! Book your tickets today, because they won’t be here tomorrow!! 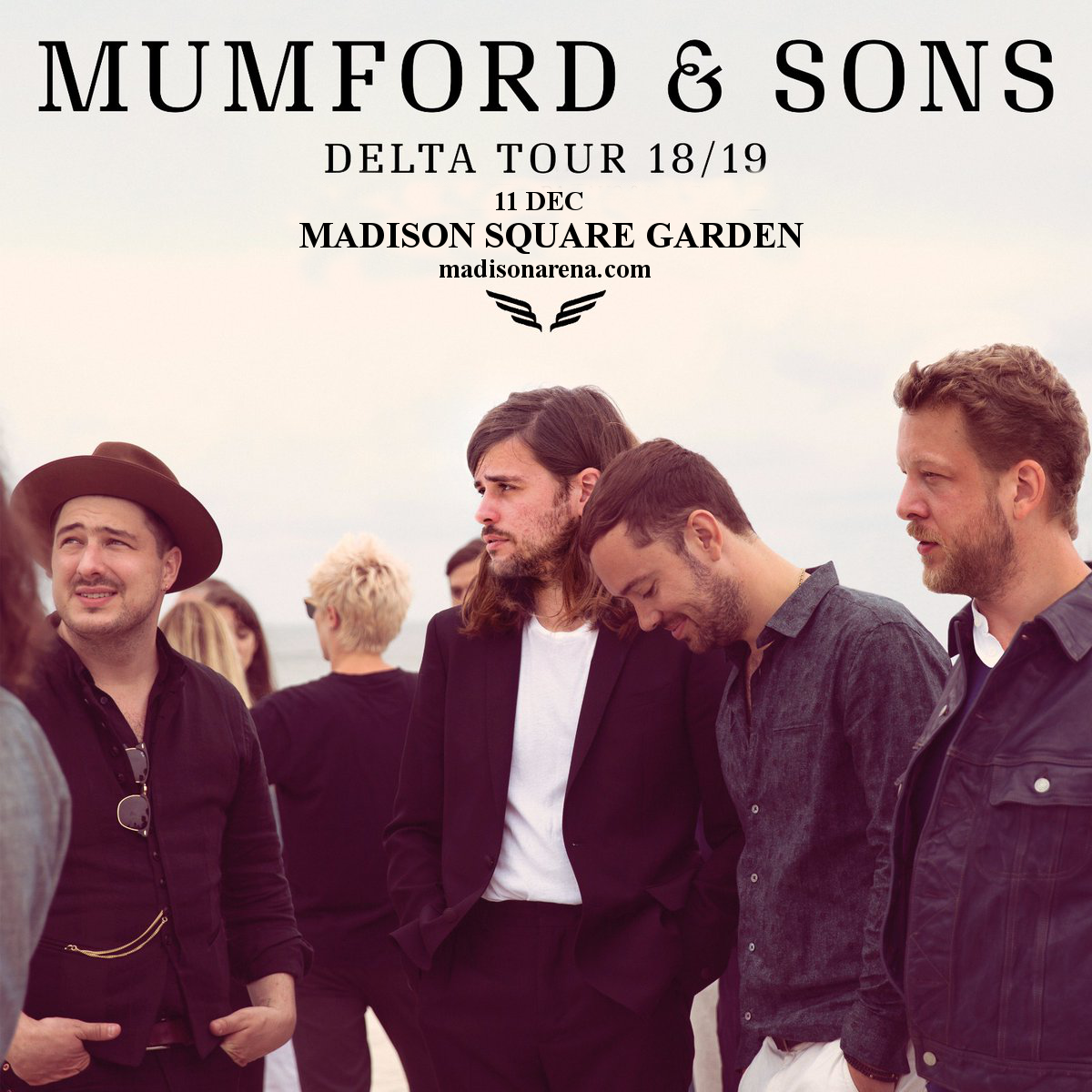 The new album has been preceded by the stunning single “Guiding Light,” a song with peaks and troughs that transports listeners across a sonic landscape. The single is so explosive that the band said it was almost difficult to fit it in with the rest of the songs. “It was a bit of a beast to try and get on record,” Marcus Mumford admitted in an interview. “It was hard work. We kind of tried it in loads of different ways…this one took a while. We wrote it like a year ago, but it’s taken a while to just get it to that point and now we’re happy with it.”

They’re not the only ones – fans scrambled to get their hands on the album and have been waiting with baited breath for the tour announcement. And now it’s here – what are you waiting for?? Grab those tickets NOW while they last!!