They’re making waves in the charts and the alternative scene once again, and its not hard to see why! Twenty One Pilots are coming to the Madison Square Garden on Tuesday 30th October 2018 with their phenomenal new album “Trench” as part of the Bandito Tour!! It’s guaranteed to be nothing short of incredible – DON’T miss out on this once-in-a-lifetime concert! Get your tickets to see Twenty One Pilots NOW while they last! 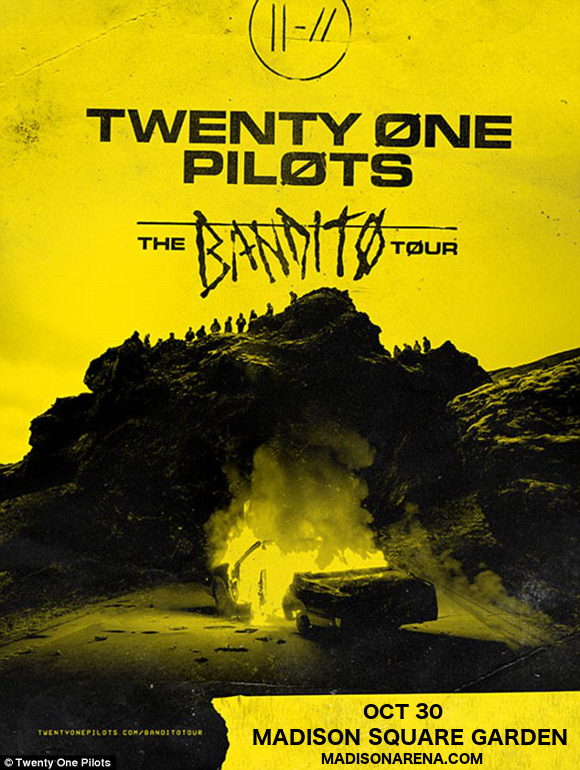 The world has never been more hyped for a new album. Preceded by four uniquely diverse yet broadly appealing singles, “Jumpsuit," "Nico and the Niners,” "Levitate" and "My Blood,” Twenty One Pilots are already dominating the popular music scene and causing frenzied excitement in fans for the upcoming release of “Trench,” on October 5th. As usual with Twenty One Pilots, they’re going above and beyond in terms of concept and visuals more than just the music, with both "Jumpsuit" and "Nico and the Niners” illustrating the fictional authoritarian city of Dema and its protagonist Clancy, in addition to references, such as the burning car, to the song “Heavydirtysoul" from their previous album “Blurryface”.

There’s no telling just what the band will give us with their new release, or live onstage. There’s only one way to find out – get your tickets to see Twenty One Pilots TODAY!