Prepare for the show of a lifetime! This Spring – Madison Square Garden is proud to present Weezer & Pixies live on Tuesday 12th March 2019 – internationally acclaimed and raved about worldwide, this performance will be like nothing you’ve ever seen before! Grab your tickets NOW while you still have the chance! Two of the best bands in rock right now coming to showcase their biggest hits to date, what more could you want?! 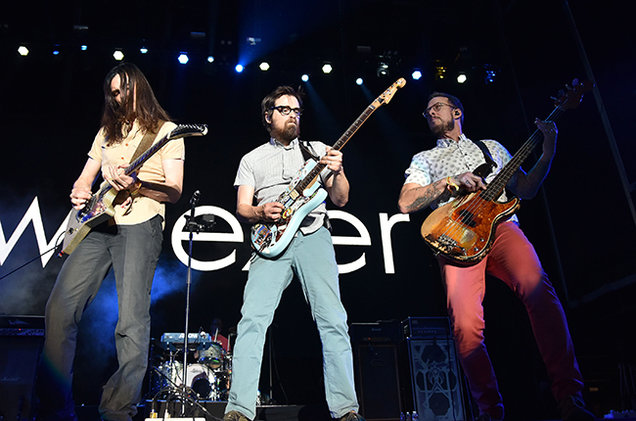 As they first took the the stage in 1986, this iconic band's early beginnings were in Boston, US, band members from then to now being frontman Black Francis, guitarist Joey Santiago, bassist Kim Deal, and drummer David Lovering. Of course we could only be talking about one band – Pixies! After playing local venues, they opened for Throwing Muses, which found them producer Gary Smith, who offered to record the band. The result was “The Purple Tape” which had 4AD, the UK label, signing them on the spot.

Their first album, in 1988, was released to critical acclaim, receiving a lot of radio airplay, with the end result being another record deal with Elektra Records, and one year later, released the iconic “Doolittle”. This album saw several top ten hits in the UK, catapulting the band into the public spotlight. Following a series of periods of hiatus, interspersed with successful album releases, the Pixies disbanded fully, but retained popularity throughout the 90s and 00s due to the release of re-recordings and archived material that kept interest in the band very much alive – and waiting.

Come and join them as they take to the road across North America this coming Spring season, along with another classic, Weezer! It's going to be a show full of talent and fierce energy, like never seen before!