As one of Country music's biggest sensations – Chris Stapleton has announced his 2020 dates to the world and is heading down to Madison Square Garden on Saturday 10th October 2020 for a very special performance! Everybody knows that Chris Stapleton always delivers an incredible concert where-ever he goes and this Spring season, you can catch him one again! Tickets are already up on sale so be sure to book yours too and be a part of the lucky Madison Square Garden crowd! 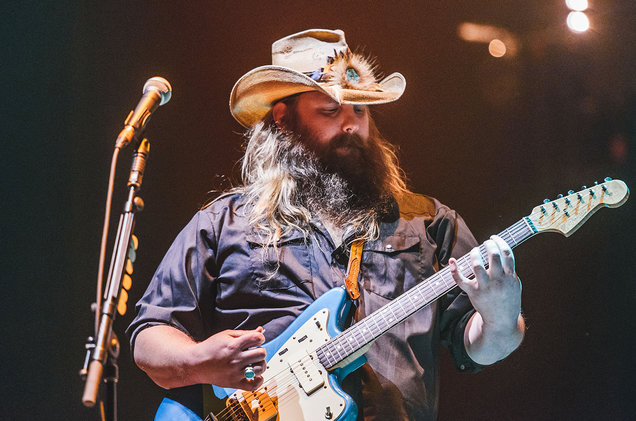 The American singer/songwriter Chris Stapleton has won over the hearts of many with his talented musicianship, the incredible Nashville artist has kept the hits coming and had fans waiting on his every move from the get go. With a whopping over one hundred and 70 songs to date, including both his solo and co-written songs, he is known all around the globe for his work.

Chris Stapleton has had a steady solo career since 2015 wit his initial album, Traveller. But along with his own studio releases, Chris has also co-written some of Country's biggest songs in the last few years. From his collaborations with the likes of Kenny Chesney, George Strait, Luke Bryan, Brad Paisley, Dierks Bentley, and even the soulful pop star, Adele. Within other genre's he has worked alongside Sheryl Crow, Peter Frampton, Vince Gill, Ed Sheeran and more! He has won countless awards and has a solid reputation as one of the most talented songwriters in modern-day music.

His own songs have hit the number one on the US Billboard 200 more times than it's possible to count and was certified triple platinum by the Recording Industry Association of America (RIAA) with his first release of Traveler. His second record From A Room: Volume 1 grabbed him his second CMA Award for Album of the Year and also a Grammy Award for Best Country Album!

Chris Stapleton is an artist that just keeps on giving! His flawless music has fans rushing for his 2020 tickets so whatever you do, don't wait too long to secure yours! He is definitely the one to watch as his shows are always an unforgettable and groundbreaking experience!