Sibling-led, all-female pop band Haim comes to Madison Square Garden on Tuesday 17th May 2022 for an iconic performance as part of its “One More Haim” tour. The tour will begin on 24th April from L.A’s Cosmpolitan Hotel, making stops at notable venues including MSG before wrapping up on 14th June at Oregon’s Hayden Homes Amphitheater. The tour will feature plenty of performances from Haim’s latest album, Women in Music pt.III. They are one of the most sought-after pop-rock outfits in the country right now, with significant demand for their live concerts. Catch Haim live at Madison Square Garden on 17th May 2022 by getting your tickets right now before they are sold out! 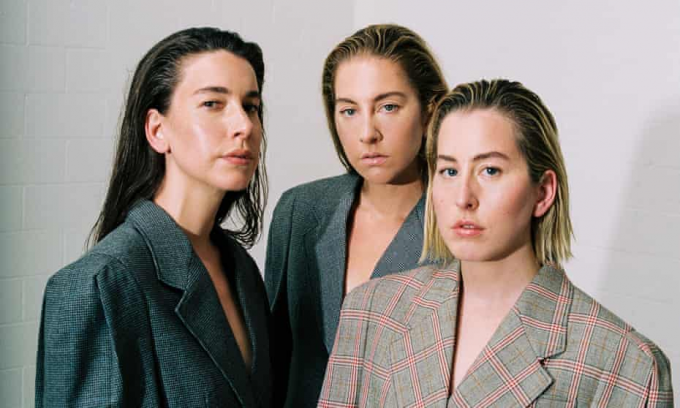 The band Haim began as an entertainment activity and the three sisters Este, Danielle, and Alana wanted to just have fun. However, their talents took them to the next level after Danielle became a successful touring artist with famous artists including Jenny Lewis and Julian Casablancas. After five years of casually performing, they formed officially as a full-time operation in 2012. Their debut EP Forever received a lot of positive reviews and they performed it at the South by Southwest festival. It led them to sign their debut deal with Polydor Records. They also performed at the Glastonbury Festival.
The upcoming tour is a massive 27 date trek with countrywide performances. Haim will be accompanied by special guests Buzzy Lee, Waxahatchee, Faye Webster, and Princess Nokia on selected dates of the tour. The tour is their first official tour supporting their latest album release and fans cannot wait in excitement. The album received a nomination for Best Rock Performance and Album of the Year at the 63rd Grammy Awards and is one of the most successful pop-rock albums of the year. All three sisters bring a very unique energy to the stage with exceptional musical abilities. They are a wonderful live act and you need to see them at least once! Catch them at the famous Madison Square Garden, a very quick to sell-out venue, on 17th May. Hurry up, there might not be any tickets left if you leave it too late!